Home
About Hekkpipe
What is hookah? Five facts about hookah and hookah definition

What is hookah? If we could get a cent for every time we have had to explain that to someone, we’d be the richest people in the world. Now, we explain it once and for all. Read on to find out what is hookah. We share some facts about hookah and hookah definition. We also answer some frequently asked questions about hookah smoking.

What is hookah and how to define hookah? 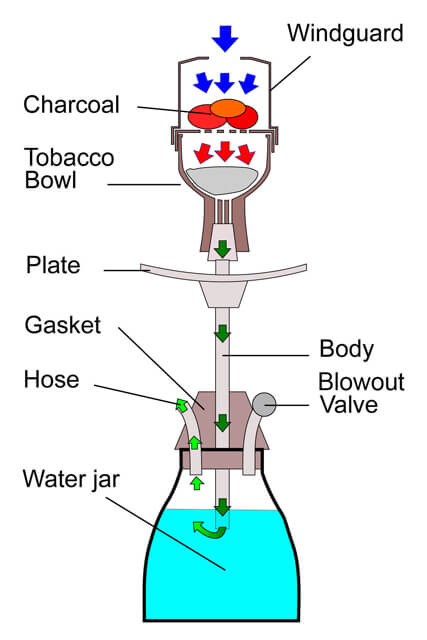 According to Wikipedia, a hookah is single- or multi-stemmed instrument for vaporizing and smoking flavored tobacco. During the session, the vapor or smoke is passed through a water basin – often glass-based – before inhalation.

Hookah is also known as narghile, argileh, shisha, hubble-bubble, shisha and goza. Although India is the country where hookah really took off, discussions are held whether hookah was invented in Persia or India.

As you might wonder, hookahs consist of many components making sure you get a quality hookah session. First, there is the bowl or the hookah head – something that holds the coal and the tobacco during the session. Did you know that all Hekkpipes ship with a special vortex bowl, improving your session even more?

The hookah itself mainly consists of the hose (speaks for itself, doesn’t it), the water base or vase that is used to pass through the smoke and last but not least – the body or the hookah stem, which keeps the whole thing together.

Additionally, sometimes windscreen is used that covers the bowl area. This is something that keeps the wind away and therefore keeps the burning process under control – otherwise it would simply burn really quickly. Depending on the hookah, you can sometimes see a metal plate or ashtray and grommets.

Hekkpipe, by the way, has an integrated windscreen and ashtray – meaning less hussle and more time to enjoy your hookah.

Did you know that a traditional hookah includes 8-15 different components while Hekkpipe includes only 6?

How to smoke hookah? 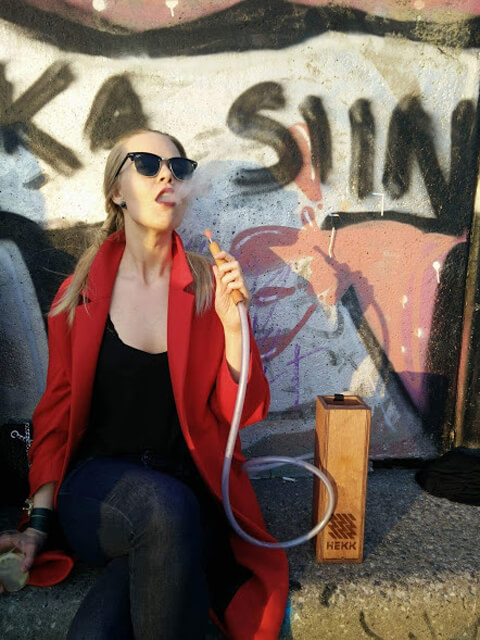 Now that you’ve familiar with what is hookah, let’s move on to preparing and smoking your hookah. The procedure, broadly speaking, is as following:

Read also our blog post on how to make your hookah taste fresh!

But how does hookah work? It’s quite simple – no magic here! The tobacco in the bowl is heated with the help of the coal. As the coal heats the tobacco – separated with foil or with a thin metal sheet – and smoke is created. When you inhale, the smoke is pulled through the water bottle or vase cooling it before inhaled into the lungs. 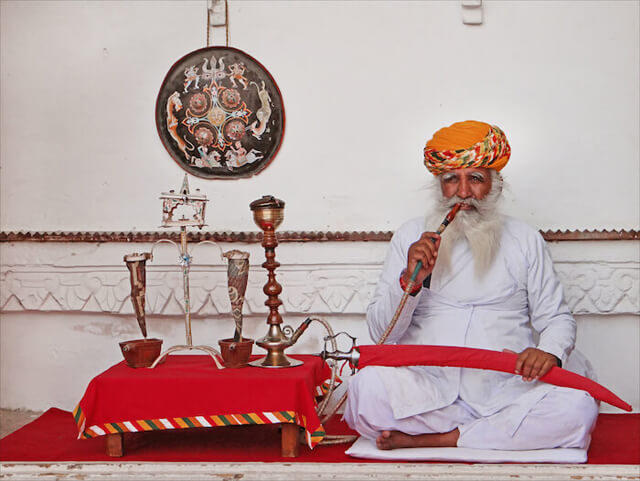 As hookah smoking becomes more and more popular, why not broaden your horizon with some fun facts about hookah. Something you can boast with at hookah hangouts, aren’t they? Question no 1: Is smoking hookah better than smoking cigarettes?

The discussion on whether preferring hookah over cigarettes is better or worse has been going for at least as long as hookahs have existed. While there are multiple views on this topic, we take the social aspect and argue that smoking hookah is better than smoking cigarettes. Feeling curious? Read more from our recent blog post on hookah vs cigarettes.

To sum it up, here are 5 reasons why hookah is better than cigarettes:

Still not sure? See this video that also proves that hookah is better than cigarettes.

Keep in mind that you can always choose molasses without nicotine!

Question no 2: Does hookah get you high?

This has been a frequently asked question indeed. The answer, however, is more complex than you might think. Firstly – yes, hookah may get you feeling buzzed, but not high in terms of… high.

We always recommend having a drink to accompany your hookah session. Besides offering you a refreshing experience, having a drink is useful, too – drinking is all about following the golden rule of staying hydrated. We’ve all probably discovered ourselves smoking hookah and suddenly or soon afterwards feeling dizzy – not in the the good way – and thus disrupted. Some of us may even feel kind of sick. That’s nothing to worry about – it’s just your body telling you that it can’t handle so much nicotine at once. The easiest way is to drink enough water and maybe even have a slight snack before starting your session.

If you follow this rule, but still feel dizzy, try hookah tobacco without nicotine – this might be an useful alternative for you.

Question no 3: Does hookah have nicotine?

Well, no. Let us remind you what is hookah – an instrument used for smoking tobacco. So, no, hookah does not have nicotine. However, most hookah tobaccos contain nicotine. If you want to enjoy the hookah session but not worry about nicotine, there are plenty of nicotine-free options on the market. There are steam stones, steam gels and molasses – just choose your favorite.

Before we let you prepare your next hookah session – have you seen this hilarious Buzzfeed article on 29 things you’ll only understand if you’re obsessed with hookah?

So, this was our brief introduction to what is hookah. We hope this article shed some light to hookah definition discussion.

Our Hekkpipe on picnic is like a cherry on top of

Did you know our full selection of colors? Which o

Did you know we have a red colour as well? 🔥♥

Enjoying Summer to the max🤌🏽♥️ Get your

Homemade hookah | Design your hookah at home with Hekkpipe

Homemade hookah – sounds intriguing, doesn’t it? But that’s what Hekkpipe was born of! You probably know the birth story Hekkpipe being born out…